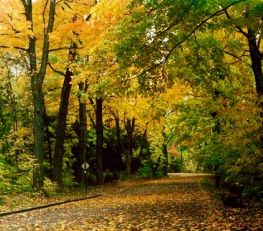 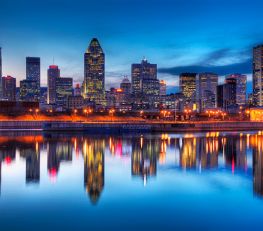 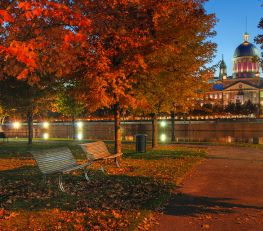 Montreal is a city in Canada. It is the largest city in the province of Quebec, the second-largest city in Canada and the seventh largest in North America. Originally called Ville-Marie, or "City of Mary", the city takes its present name from Mont-Royal, the triple-peaked hill located in the heart of the city, whose name was also initially given to the island on which the city is located, or Mont Réal as it was spelled in Middle French, (Mont Royal in present French).

As of February 2011, Statistics Canada identifies Montreal's Census Metropolitan Area (CMA) (land area 4,259 square kilometres (1,644 sq mi)) as Canada's second most populous with an estimated metropolitan area population of nearly 3.9 million and a population of over 1.9 million in the "agglomeration" of Montreal, which includes all of the municipalities on the island of Montreal. The city of Montreal proper had a population of 1,620,693 as of the 2006 census.

French is the city's official language and is also the language spoken at home by 55.1% of the population, followed by English at 25% and 19% other languages (as of 2006 census). In the larger Montreal Census Metropolitan Area, 67.9% of the population speaks French at home, compared to 16.5% who speak English. 56% of the population is able to speak both English and French. Montreal is the second largest primarily French-speaking city in the Western world, after Paris.

Montreal is consistently rated as one of the world's most livable cities, was called "Canada's Cultural Capital" by Monocle Magazine and recently was named a UNESCO City of Design. Though historically the commercial capital of Canada, it was surpassed in population, as well as economic strength, by Toronto after 1976. Today it continues as an important centre of commerce, aerospace, finance, pharmaceuticals, technology, design, culture, tourism, film and world affairs.

Old Montreal (French: Vieux-Montréal) is a historic area located southeast of downtown containing many different attractions such as the Old Port of Montreal, Place Jacques-Cartier, Montreal City Hall, the Bonsecours Market, Place d'Armes, Pointe-à-Callière Museum, the Notre-Dame de Montréal Basilica, and the Montreal Science Centre. Architecture and cobbled streets in Old Montreal have been maintained or restored and are frequented by horse-drawn calèches carrying tourists. Old Montreal is accessible from the downtown core via the underground city and is served by several STM bus routes and metro stations, ferries to the South Shore and a network of bicycle paths. The riverside area adjacent to Old Montreal is known as the Old Port. The Old Port was the former site of the worldwide Port of Montreal, but its shipping operations have been moved further east to its current larger site, leaving the former location as a recreational and historical area maintained by Parks Canada. The new Port of Montreal is now Canada's largest container port and the largest inland port on Earth.
information taken from:
en.wikipedia.org/wiki/Montreal
www.tourisme-montreal.org
www.montreal.com
www.montrealkiosk.com